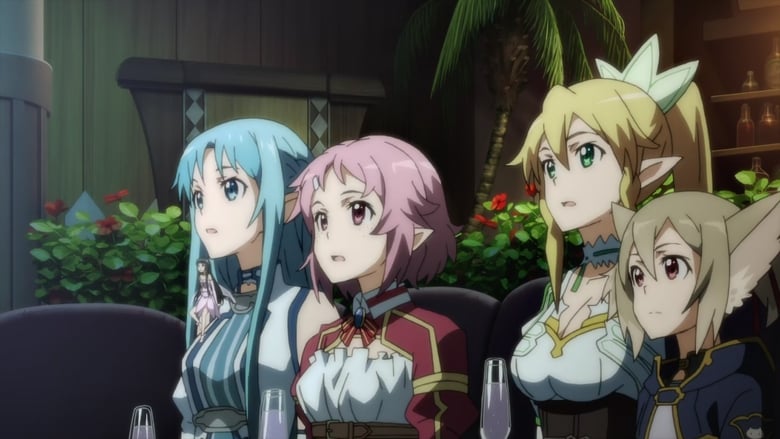 Sinon shoots at Death Gun, but he dodges the bullet and then kills Pale Rider with his pistol. Death Gun then introduces himself and his gun to the spectators, finishing his monologue with a catchphrase used by PoH, the founder of Laughing Coffin. Meanwhile, Sinon...